Let me summarized up to you any forum that has the word ‘prediction’ and ‘market’ tied to it. There are usually two opposing sides: Bulls and Bears. Both of them are kind of pointless.

The perma-Bulls are positive. They make the world sound like rainbows and can put a neutral to a positive spin on any bad news. They believe money will never stop flowing.  Bulls don’t reject corrections or downturns but they tend to believe that brighter and brighter days will be on the horizon. They are the “glass is half-full” people.

Then there are the perma-Bears.  The Bears are constantly pointing out the flaws or potential disruptions in the environment. They look at speculations that might put a damper on the market even when things are rosy. They’re the type of characters that think the “glass is half empty.”

Even a broken clock is correct two times a day.

The Great Depression is known as the worst financial depression in history, and also the longest. It’s extended duration crippled the United States and its government spanning in over a decade.

Although its worst was from 1929 to 1932, the Great Depression ended finally in 1939 when the United States focused instead in the world war that was brewing on the other side of the world. Overall, the United States lost 46% in industrial production, 32% in wholesale prices, 70% in foreign trade, while unemployment rose to 607%.

It started when the stock market crash (known as “Black Thursday”) happened. Citizens, from wealthy businessmen to ordinary people decided to put their savings in stocks, creating overvaluation. Overvalued stocks were sold by nervous investors in millions in just a day, wiping out the savings of investors who invested in these Stocks.

When these overvalued stocks were corrected, those who bought them procured great losses. Because of the loss and falling consumer confidence, people started to slow down spendings, and in return, unsold products and losses started piling. To manage their losses, firms started to slow down operation, which caused widespread laid off that affected 15 million Americans (20% of the whole population) and nearly half of banks closed. Those who were required to buy in credit were buried in debt, resulting in foreclosures and repossessions.

Although President Herbert Hoover tried to make the country stable, his belief that the government should not be directly involved in the economy and the creation jobs made citizens wanted a change. This desire for a change is one of the reasons why Franklin D. Roosevelt was elected in a landslide win. Roosevelt had relative success in recovering back the economy with public works, farm subsidies, and other ways early on his term. However, when the Federal Reserve decided to increase the money requirement, a sharp recession happened in 1937 which lasted until 1939.

The Great Depression only ended after Japan decided to bomb the Pearl Harbor, marking the United States’ entry into the World War II official. The increase in production of war materials, as well as the arising need for conscription, reduced unemployment and lifted the country out of the Great Depression.

What happens when the 12 members of the Organization of Arab Petroleum Exporting Countries decided to stop exporting oil in the United States?

The answer is a massive price hike of petroleum products. The 1973 oil price shock lasted in only six months caused the price of petroleum products four times. Oil prices rose from $3 to $12 per barrel and it never came back to its previous levels even decades after the incident. While the oil-exporting countries managed to benefit in this embargo, countries such as the United States, Great Britain, Canada, Japan, and the Netherlands were affected.

The stock market crashed, with a lot of cases of “gas stealers” appearing all around the country. Extensive oil rationing was done, but the impact was still too great, leaving 2-% of the American gasoline stations with no available fuel to sell.

This started when the then President Nixon’s decision to get the United States out of the gold standard caused the value of dollar down, which damaged the revenue of OPEC countries who sell their oil commodities in the dollar. However, the last straw for OPEC was when the United States decided to support Israel and sent $2.2. Billion for emergency military aid. The embargo ended in 1974, but its effect lingered till 1975 where government policies aided in the recession that followed.

Stagflation, or high inflation rate and slow economic growth accompanied by the high unemployment rate, happened during these years. When Nixon decided to release a new wage regulation, firms started to lay off workers. As unemployment rises, the demand for products also slowed down. The effect of stagflation only slowed down during the 1980s after passing Richard Nixon, Gerald Ford, Jimmy Carter, and midterm of Ronald Reagan’s presidency. Ford’s government implemented anti-recession plans such as tax cuts for businesses and households but tax increase in foreign petroleum. After the decline, the United States experienced U-shape Recovery in which it came back to its previous peak before the start of the decline.

The Great Recession, or known in most of the countries as the 2008 Recession, is currently dubbed as the most devastating economic downturn since the Great Depression. Although this recession only lasted in two years, the way to recovery is long and hard. Its effects and aftermath was very pronounced in the United States and affected real estate purchases of a lot of people. The United States GDP saw a fall up to $650 billion (or 4.3%), with unemployment being in 10%. The unemployment rate only returned to 4.7% almost a decade later in 2016. Value of the stock market and housing prices lost $11.5 trillion or 17.3%.

It all started with the housing boom that occurred during the mid-2000s. Mortgage lenders were not strict and willing to lend anyone on bad credit a loan. At the time, buying these kinds of mortgages seems to be a good idea because housing prices were rising folds every year in North America and Europe.

Big corporations acquired a lot of properties with this kind of mortgages. This event will soon be known as the Subprime Crisis. Basically, financial institutions who bought subprime mortgages were unable to sell what they have bought. In return, they are unable to get even with their investments while mortgage issuers were on their tails.

The first institution to fall was New Century Financial in April 2007. It was followed by American Home Mortgage Investment Corp. A few months later, the ratings of the subprime mortgages will be reduced by Standard and Poor’s and Moody’s, bringing the asset’s prices lower. Homeowners then find themselves paying a mortgage that was higher than the value of their assets.

The Dow would see more than half of its value falling out of the kitchen sink, as the Fed started to reduce national interest rate up to zero percent to stir capital investment. The Bush administration sighed the stimulus package, which are tax rebates provided to encourage spending. However, this intervention was still not enough because, in 2008, big institutions such as Bear Stearns and Lehman Brothers both collapsed. AIG almost didn’t make it, but the Fed lend $85 billion to save it. This was to prevent the destabilization of the US economy. The government released the TARP or Troubled Asset Relief Program which used $700 billion funds to acquire these troublesome mortgages and save big US financial institutions.

How To Prepare For A Recession

Although there is only a handful named recessions and depressions in US history, these financial downturn happens more often than you think. Most of the devastating recessions usually follow each other.

In fact, it seems like we’re off to another slow and painful road to recession this year, according to Forbes. How do we prepare for a recession before it happens?

1. Pay Your Debt As Early As Now

There are a lot of reasons to pay your debt before a recession is even announced. Once a recession kicks in, your debt will be even more expensive. Paying debts will be a lesser priority because the recession will force you to focus on essential things such as paying your bills and your groceries. This doesn’t mean that the interest of your debt will stop running, and it can be deadly if it balloons in front of you. You might find yourself in front of a debt bomb and before you realize it, it’s too late to escape.

In any type of situation, an emergency fund is a good financial practice to do. The purpose of an emergency fund is to allow you to survive when an unexpected thing happens. This fund is very useful when you find yourself involved in an accident and you have to recover. Emergency funds can also be used during a recession, for example, if you happened to be laid off from your job and finding a new one proves to be difficult. An emergency fund will help you survive until you find a new job.

3. Earn Credentials And Improve Your Portfolio

We’re still talking about the recession, of course. But this is one of the most effective ways to prepare for a recession or any financial troubles. Earning new skills and credentials will not only give you a chance for promotion. If you’re a good performer, your company will likely retain you even during a recession. Although the pay might not be as good as before, it is still better than not receiving pay at all. In an unfortunate case that your firm or business is one of the economic casualties, your added credentials and good portfolio will make landing a job easier.

That’s all for now! Don’t forget to check out our free net worth tracker in the Freebies tab if you’re subscribed.

How would you fare during The Great Depression 2.0? What is your “indestructible” number? Has anyone made one of these worst-of-the-worst calculations before?

What Is Thrifting? It’s An Addiction! :) 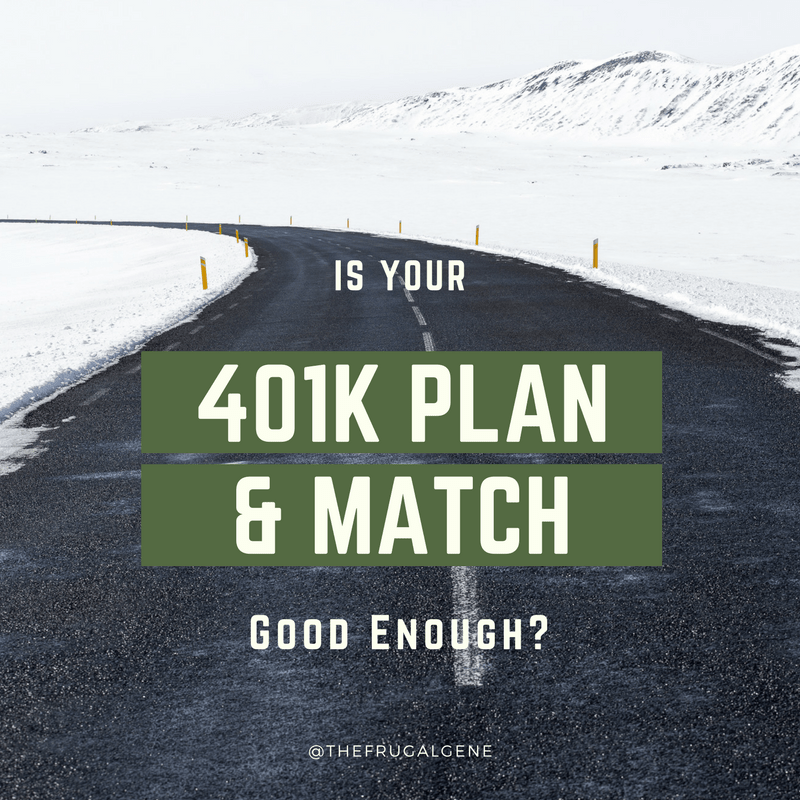 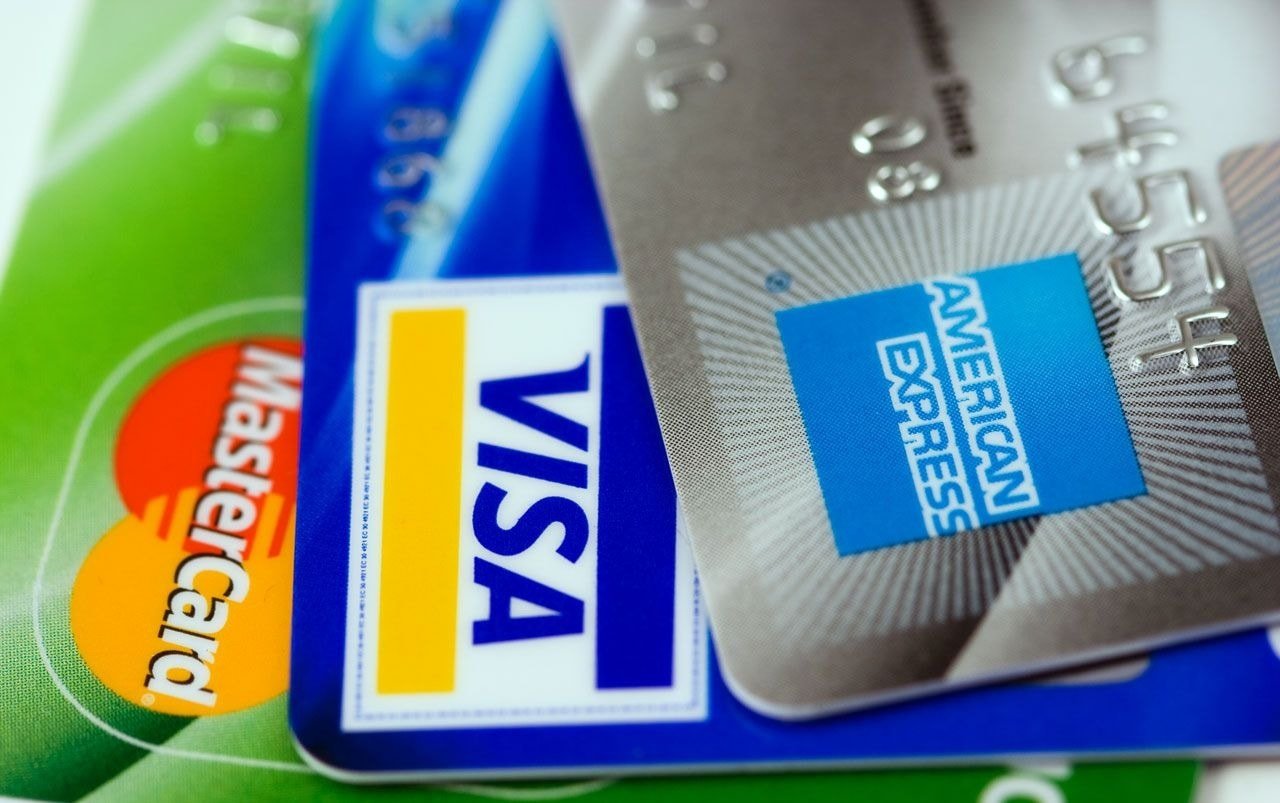 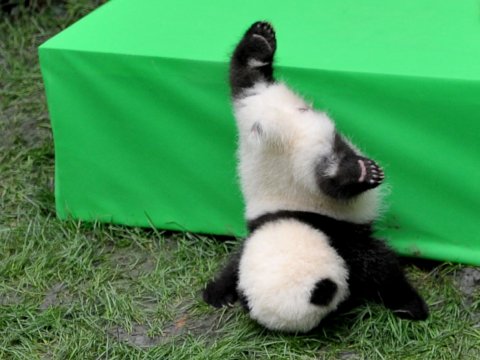 At What Age Does Being Broke Stop Being Cute?
Previous Post: «

It’s My Credit Card! (We’re Ranking Our Past Best Credit Card Rewards!)
Next Post: What Is Thrifting? It’s An Addiction! :)